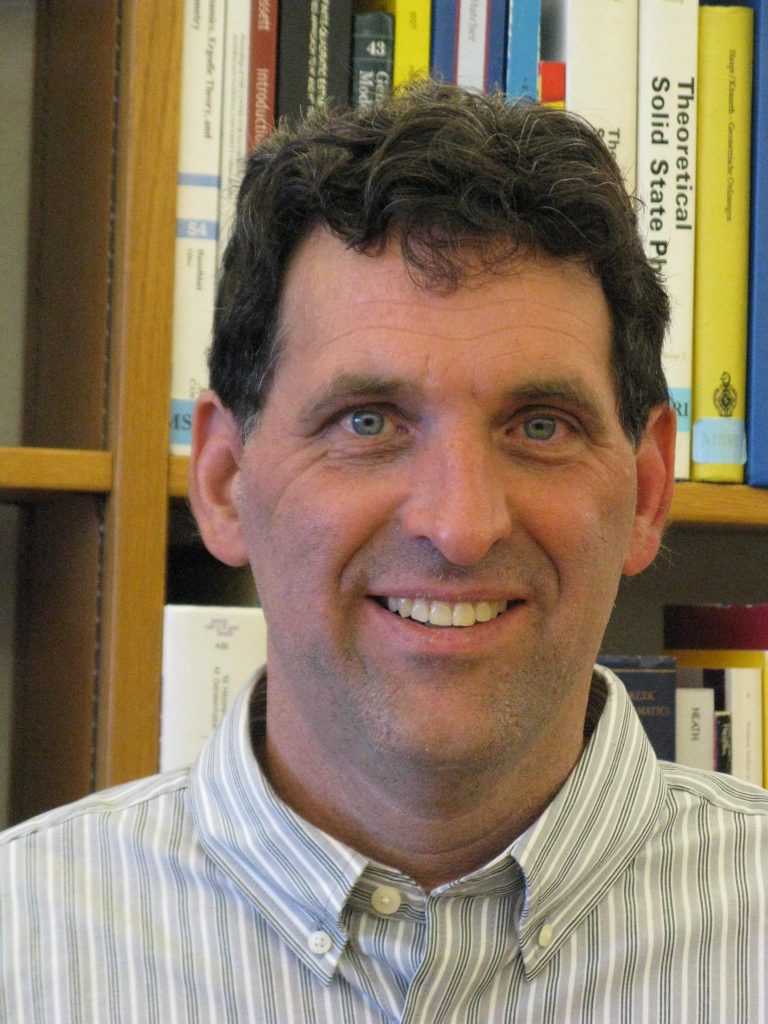 Dave Auckly earned his Ph.D. at the University of Michigan and then held a postdoctoral position at UT Austin followed by an NSF postdoc at UC Berkeley. He then moved to Kansas State University before taking the Associate Director position at MSRI from 2009 – 2012. His research interests cover a broad range of geometry/topology and overlap with PDE, mathematical physics and algebraic geometry. He has been very involved in many special educational programs. For example, he helped incorporate mathematics into a residential college at the University of Michigan, and created a unique `Brainstorming and Barnstorming’ program and a center for the integration of undergraduate, graduate, and postdoctoral research at KSU. He is a codirector and cofounder of the Navajo Nation Math Circle. He lights up like the Vegas strip when he talks about mathematics. Dave has directed many undergraduate and graduate level research projects and he has been recognized with the Lester R. Ford Award from the Mathematical Association of America, as well as several teaching awards. Henry H Fowler, Ed.D. has been teaching math for over 20 years. His Navajo traditional clans are born for Bitter-water and born into Zuni-Edgewater. His maternal grandparents are the Many Goats and his paternal grandparents are the Red-running-into-the-Water. He is from Tonalea, Arizona. He started his formal education at age four at Kaibeto Boarding School in Kaibeto, Arizona. He received his mathematics education degree from Northern Arizona University, Flagstaff, Arizona and holds an Ed. D. in Educational Leadership and Change. His passion is promoting math literacy. He advocates social justice through mathematics. He also supports cultural relevant materials to guide math instruction. His quest is to combine indigenous epistemologies and social science perspectives to make the teaching of mathematics more relevant, effective, and useful for Navajo students. He has published Navajo Cultural Component Math Curriculum, Weaving Numbers, and wrote a chapter in the Voices of Native American Educators; Collapsing the Fear of Mathematics: A Study of the Effects of Navajo Culture on Navajo Student Performance in Mathematics. 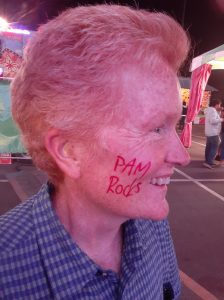 A picture really is worth 1000 words. Joe Mann expressed her feelings for Pam at the Page Carneval. We agree, “Pam Rocks.” Pamela K. M. Smith first became involved with the Navajo Math Circles when she taught at Fort Lewis College in Durango, Colorado. She retired from FLC in 2018, after 20 years in its Mathematics Department and now manages our visitor program. At FLC, Pam’s focus was teaching math content courses to students preparing to teach at the elementary level. Pam attended Phillips Exeter Academy, Brown University, and then Temple University, where she received a Doctor of Education degree in Mathematics Education. She is passionate about giving elementary students opportunities to “play” with numbers so that they develop number fluency early on. When she is home in Durango, Pam enjoys hiking in the San Juan and La Plata Mountains.

We also have an Advisory Board

Former members of the directorate may be found here.